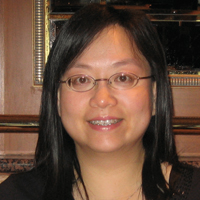 Fiona began learning piano at the age of 6 in Hong Kong and won multiple awards at The Annual Hong Kong Schools Music & Speech Festival. She began her career there and has continued to teach after moving to Toronto, Canada and now Vancouver. Besides having taught piano and music theory for now over 25 years, she also plays the organ and has received the certificate of the Royal Canadians College of Organists.

Fiona holds a Bachelor of music in University of Central Oklahoma and is a current member of the BCRMTA.

Fiona is fluent in English and Cantonese and can converse in Mandarin.