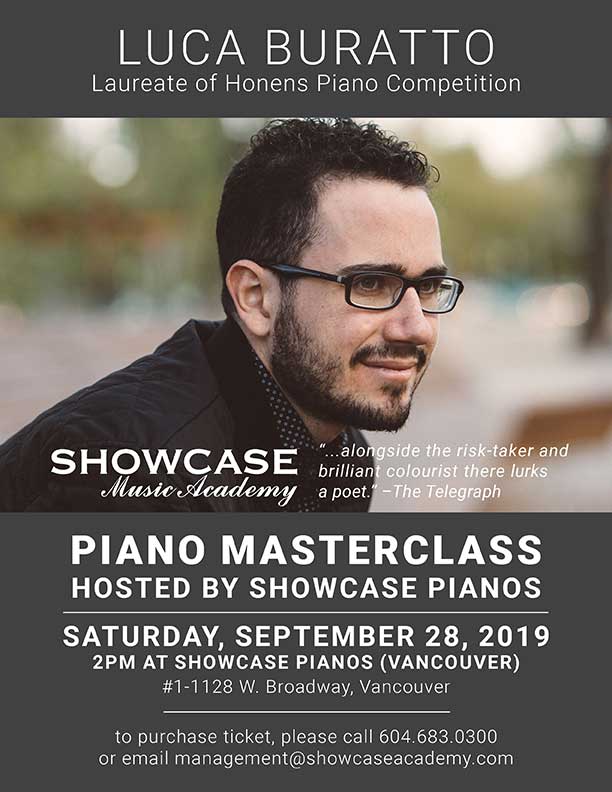 Join us at Showcase Pianos at W Broadway on September 28th for a truly inspiring Masterclass with Luca Buratto.

Since winning the 2015 Honens International Piano Competition, Luca Buratto has performed on three continents to warm acclaim. Critics and audiences across the globe are quickly recognizing Buratto as a distinctive performer. He has been described as “a name to watch” by the The Guardian and “no ordinary virtuoso” by the The Telegraph.

His playing was highlighted by International Piano Magazine as “masterly”.
Buratto’s recent appearances include solo recitals and concerto performances at world famous venues such as Wigmore Hall, Carnegie Hall and Berlin Konzerthaus. He has been featured on national radio and TV broadcasts such as BBC Radio 3, Radio Classica, Radio 3 RAI, WFMT, WQXR and Canale 5. Luca Buratto released an award-winning album with piano music by Schumann on the renowned record label Hyperion.

Don’t miss this golden opportunity to hear this true master of piano at Showcase Pianos.