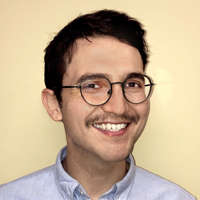 John started studying piano at the age of 5, added woodwinds when he was 15, then included singing to his repertoire. In 2014 John earned his Bachelor’s degree in Music at Capilano University where he was on the Dean’s list 3 years in a row. While at Cap, John made a name for himself both at the school and in the vibrant Vancouver jazz scene, working with some of the city’s top musicians. Then, in 2018, he graduated with a Master of Music from the University of Toronto where he had the opportunity to study with many of Canada’s top musicians.

For the last 6 years he has been performing, touring, and recording as a freelance musician in Canada and the US – and has even composed and played music for commercials and video games!

John has taught privately for over a decade – teaching piano, saxophone, clarinet, bass clarinet, flute and voice to students of all ages. He focuses on creating and enjoying music while also prioritizing theory and the fundamentals of music as well as instrumental technique. As an experienced music theory instructor, John has taught at all levels from beginner classes to university courses. An underlying philosophy built upon problem-solving, real-world application, composition, and arranging is common throughout each level, instilling confidence in performance.

A recent favorite amongst his students to learn is pop vocals, in which he focuses on the styles like that of Chet Baker and Dua Lipa. He is also experienced in teaching students to perform vocals while playing piano.

He loves working with students of varying backgrounds and skill sets and is very adaptable, accommodating particular interests and expectations from students and parents. .