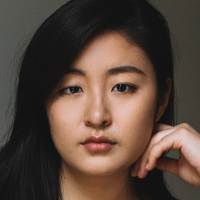 Pianist Helen Pei is a recent graduate of the Master’s program at the Conservatoire de musique de Montréal, where she studied with renowned Canadian pianist André Laplante for the past three years. She also holds a Bachelor’s degree in Piano Performance from the University of British Columbia under the tutelage of professor Mark Anderson. Aside from being the recipient of numerous scholarships, Helen has also won many provincial and national competitions, including the renowned Canadian Music Competition in 2015 where she was named the top prize winner of her age category.

Helen’s performance career includes concert appearances across Canada, some of which includes her concerto debut with the Vancouver Metropolitan Orchestra under the baton of Kenneth Hsieh, when she played Saint-Saens’ fifth piano concerto. Throughout her musical career and education, Helen has worked with many acclaimed and distinguished musicians, including Dang Thai Son, Evelyne Brancart, Jean Saulnier, Angela Cheng, Michelle Mares, John Perry, Adam György, Stephen Hough and Jon Kimura Parker.