There are fewer words that sound like profanity to the ears of many children. It feels like a breach of privacy—when the first sweet and gentle mom asks you to practice quickly turns red and scary when she senses that her suggestion is trivialized. It isn’t long before we sense urgency in her voice.

She screams! Ignoring it is futile as you are about to learn that it is better to listen to your parents.

There is no secret to improving besides more practice, but just exactly how and what should be done during each practice? Is it repeating a piece until you know it?  The answer is both yes and no. The question is, what makes a good practice session?

What kind of repertory should we practice,  and why?

When I was at the equivalent of RCM level 5, I was used to playing one new etude weekly (Czerny, Burgmuller, Berens, Moszkowski etc) and I continuously worked on something by Bach along with one other piece by other composers. Because of this, the leap into inventions and later fugues was completely natural and didn’t pose a feel of insufficiency in my abilities  — which often is the case when students encounter their first fugue without proper preparation. This knowledge was priceless when I later had to tackle larger works by Brahms, Debussy and Rachmaninov.

As musicians and pianists, we must practice a wide variety of pieces to:

If we start with the long-term goals which are to obtain a good control of the keyboard, we are required to practice various techniques. Children which already can read music should start out getting familiar with easy baroque pieces as soon as possible.

No matter what pieces the student is assigned to work on as their “main course”, it is very important that they will continuously work on perfecting their techniques — and the aforementioned pieces are very good for developing finger dexterity (Czerny) of children, and the independence of fingers and musical understanding (Bach). 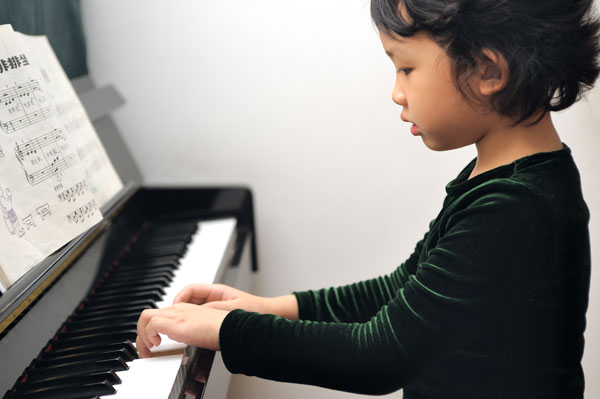 As students grow older and become more advanced, it is important not to forget about maintaining our control at the keyboard. It is not only about the mechanical control, but also the capacity to play sensibly that comes with the ripening of our development in musical understanding and polyphonic abilities. As a result, the student then is becoming more successful in rendering demanding pieces. This is why we should never forget to study etudes. Many students often found Czerny’s etudes boring as the musical rewards frequently are sparse — but this is not the point. The point of practicing Czerny is for mechanical precision, control, and obtaining stamina which will make us prepared for bigger challenges. Etudes should be practiced along with scales as well as Johann Sebastian Bach’s works. Two of the many reasons to study Bach’s works are because they are endless in musical rewards and will boost creativity. Equally important is Bach’s compositions promote independence of fingers. Everything from Bach’s small preludes to his Two Part Inventions, Sinfonias and Well-Tempered Clavier is going to help any student to develop.

When we finally sit at the piano and are about to work, we should ask ourselves what we want to achieve today. It must be a realistic goal.

“Today I will learn “La Campanella” in a single sitting” is unrealistic.

Rather, the goal should be along the lines of  “Today I want to work on these two bars which are making this piece sound unfinished”.

When we start studying any fragment of a piece, the first step is to read it to understand what’s in the text. “Learning the text” means a piece’s rhythm, notes, and phrasing. The word text means everything, not just the notes. Depending on the piece’s difficulty level and your own skill, you may want to work on the whole thing or only a quarter of a page. If it’s a quarter of a page, this particular section will need absolute concentration. (Your phone is certainly not needed. Put it in another room and turn off the ringer.) 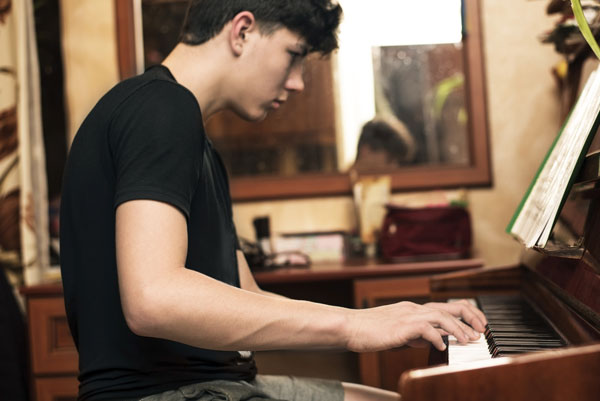 More about what to focus on, and how.

After a while you will start to know parts of the text reasonably enough. Now is the moment you solely focus on the parts that presents you with a problem which obstructs you from successful continuation. For instance, if you know the first 8 bars of a new piece and the next two bars presents you with a problem you should not start from the beginning, you start at bar 9, repeating the upcoming one or two bars as many times until they become as easy as the first 8 bars. Playing what you already know is not practice, it is a waste of time.

How to resolve problematic sections.

When you practice any fragment of a piece which presents you with a particular technical difficulty, you must analyze it and ask yourself:

“What is it that makes this difficult?”.

Is the reason you cannot continue satisfactorily because it is hard to read? Or is it; uncomfortable? Can you reach the keys? Is it a jump or change of hand position? Is it the rhythm?

Only after recognizing the problem correctly, can you start working towards a resolution. Starting very slowly with relaxed hands but firm fingers, and a mindset filled with determination. After many tries it will slowly and gradually become easier and easier. It’s like playing a video game — if you have problems with one level, you repeat it until it’s easier.