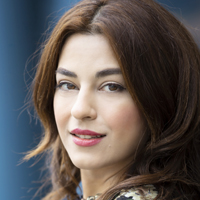 Pianist Sanaz Sotoudeh has appeared in recitals at various venues and festivals around Europe, North America and Middle-East. As a versatile pianist in both solo and collaborative repertoire she has been performing and collaborating with well-known musicians, artists and orchestras around the world; as well as live performances and interview on BBC Radio 3 in UK, on Okarina Musique TV in France, Boiler Room TV in UK,  and on Abu Dhabi TV in UAE.

Sanaz Sotoudeh has completed both her B.Mus and M.Mus in solo piano performance at the McGill University in Canada with Marina Mdivani, pupil of Emil Gilels. In 2011, she completed her post-graduate studies on full-scholarship in solo piano performance at the Royal Academy of Music London, UK, studying with British pianists Julius Drake and Christopher Elton. She has attended the Franz-Schubert Institute in Austria and the Académie Francis Poulenc in France on scholarships. She is thankful for the great support of a Cork Entrance full Scholarship and a Kathleen Trust Grant towards her studies.

Sanaz Sotoudeh at the piano making light of the fiendishly difficult piano parts. Her playing throughout was sensitive to the extraordinary range of emotions of these works, combining confidence and astute pianism.