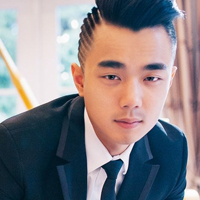 Herbert Kwan holds a Bachelor of Music from University of British Columbia and an ARCT in Piano Performance from Royal Conservatory of Music.

He is a very active performer in the Vancouver Asian pop scene and have performed with artists such as Anson Ping (平安), Power Station (動力火車), Where Zhou (周蕙), Peter Cheung and Andrew Cheung (張崇基, 張崇德), and Albert Au (區瑞強).

Although he has been classically trained for the past 20 years, he understands the importance and enjoyment of pop music. As a result, his over 9 years of teaching experience and teaching materials are a fusion of classical and pop genre.

Other than being a music instructor and performer, he is also a composer and arranger. Other than doing arrangements and recording, he enjoys making pop arrangements for his students in his spare time.

Herbert Kwan is fluent in English, Cantonese and Mandarin.