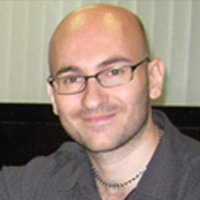 Domenico Mongelli was born in Foggia (Italy) in 1986. He started to learn piano when he was nine. In 1997 Mongelli entered the Conservatory of Music U. Giordano in Foggia studying under the direction of Daniela Caratori. He graduated with a Bachelor Diploma with Honours and received an award from the Conservatory O. Respighi in Latina. In the same year, Mongelli received the “Regione Lazio Award”, recognizing the best pianist of the year. For this occasion, he was invited to play in Roma (Biblioteca Angelica), Frosinone and Latina. Notable awards received from national and international competitions are: Citta’ di Cesenatico, Al Chiaro di Luna in Torano Nuovo, Citta’ di Nettuno, Igor Strawinsky in Bari, Onde Musicali in Taranto, Citta’ di Formia. ​Mongelli attended master classes led by Roberto Prosseda, Claudio Trovajoli, Elisso Wirsaladze, Graham Scott, Aaron Shorr, Teppo Koivisto, Hu Yong Liu Tavaststjerna, Petras Geniusas and J.-C. Pennetier.

It’s never easy to find a teacher whom your children “love in the first sight”.  Kids are kids, and they have ups and downs moment. Although the journey is like a roller coaster; Domenico always able to create an positive nurturing environment that is inspiring and approaching. We love his energy,  kindness, patience and method.  Kate and Ayden always look forward to meet him. Most importantly, he makes us (the parent) understand after all it’s a learning process for all.