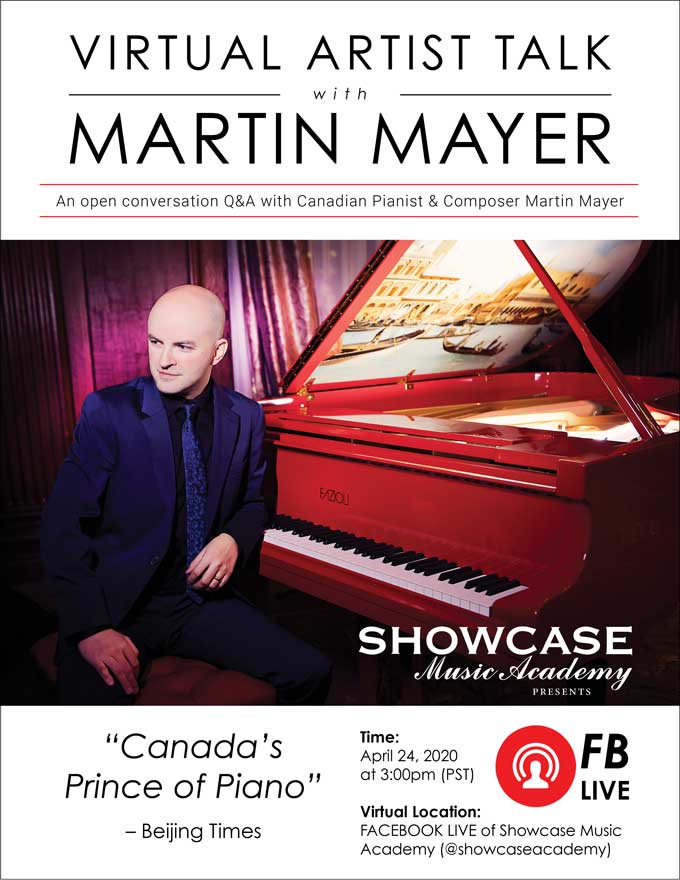 Originally from the Czech Republic and raised in Edmonton, AB, Mayer‘s career began when he took a big chance on himself. He was discovered by a Chinese Arts Agency, and the start of multiple national concert tours across China over the past two decades.

He is now known as “Canada’s Prince of the Piano”, and The National Post proclaimed him “poised to take over the world stage”. Entertainment Tonight alum – and pianist in his own right – John Tesh even called him “the best pianist I know!” His story, career, and approach to sustaining himself as an artist is truly unique and will be of interest to anyone interested in what it takes to be a successful independent international touring artist performing their own instrumental works.